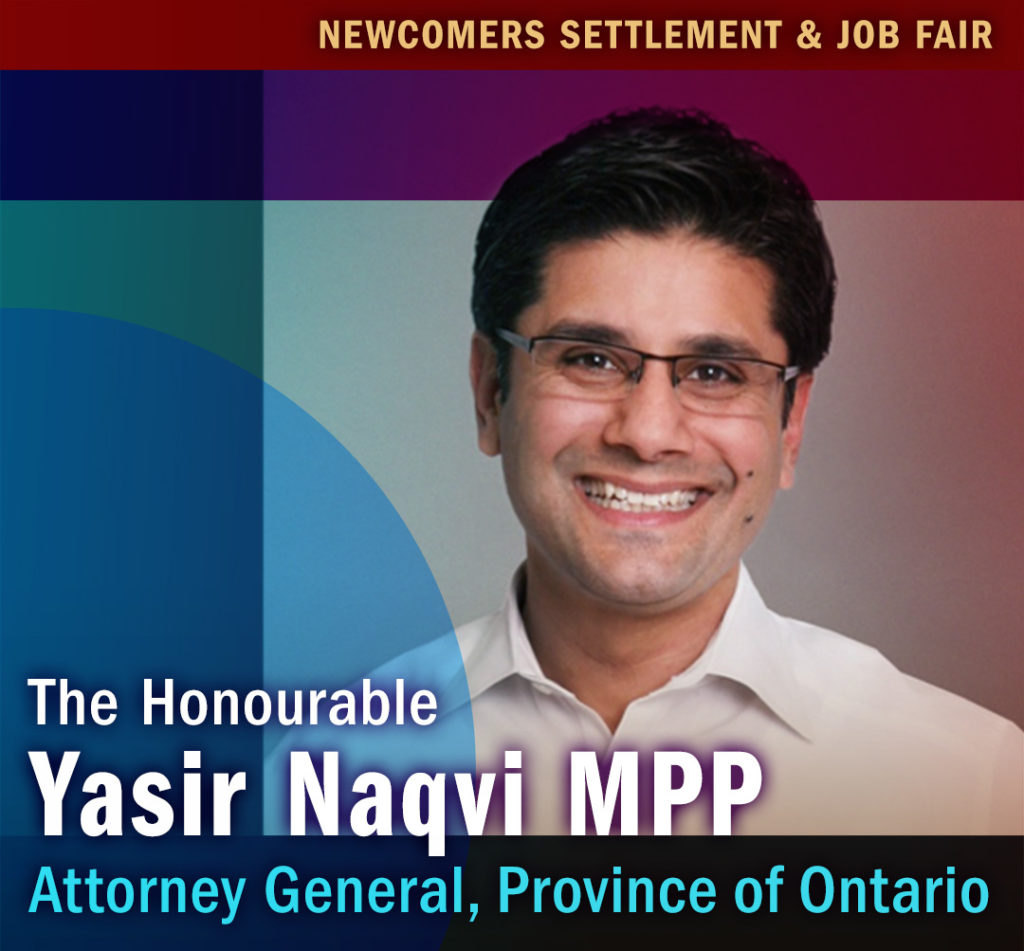 A first generation Canadian, Yasir and his family arrived in Canada in 1988 after the Pakistani government imprisoned his father for leading a pro-democracy march. With an upbringing deeply rooted in the values of democracy, social justice and compassion, Yasir feels it is important to be involved in the community and give back.

Yasir’s passion to serve his community resulted in him being elected a Member of Provincial Parliament (MPP) in October 2007. He was re-elected in 2011 and 2014. Yasir currently serves as Attorney General and Government House Leader. He last served as Minister of Community Safety and Correctional Services, where he introduced the Strategy for a Safer Ontario– the government’s plan for building safer, stronger communities across the province. Prior to that, he was Minister of Labour, a role in which he raised the minimum wage, brought forward new protections for vulnerable workers and improved workplace safety measures.

As the MPP of a diverse, urban riding, Yasir has been a tireless advocate for public services and sustainable community growth. Recognized by his peers as a strong community leader, Yasir has helped secure funding to build new spaces for educational, health and social service related needs in Ottawa Centre. He has also been the co-chair of the Capital Food Bank Blitz since 2005.

Yasir is the proud father of Rafi and Elliana and husband to Christine McMillan.