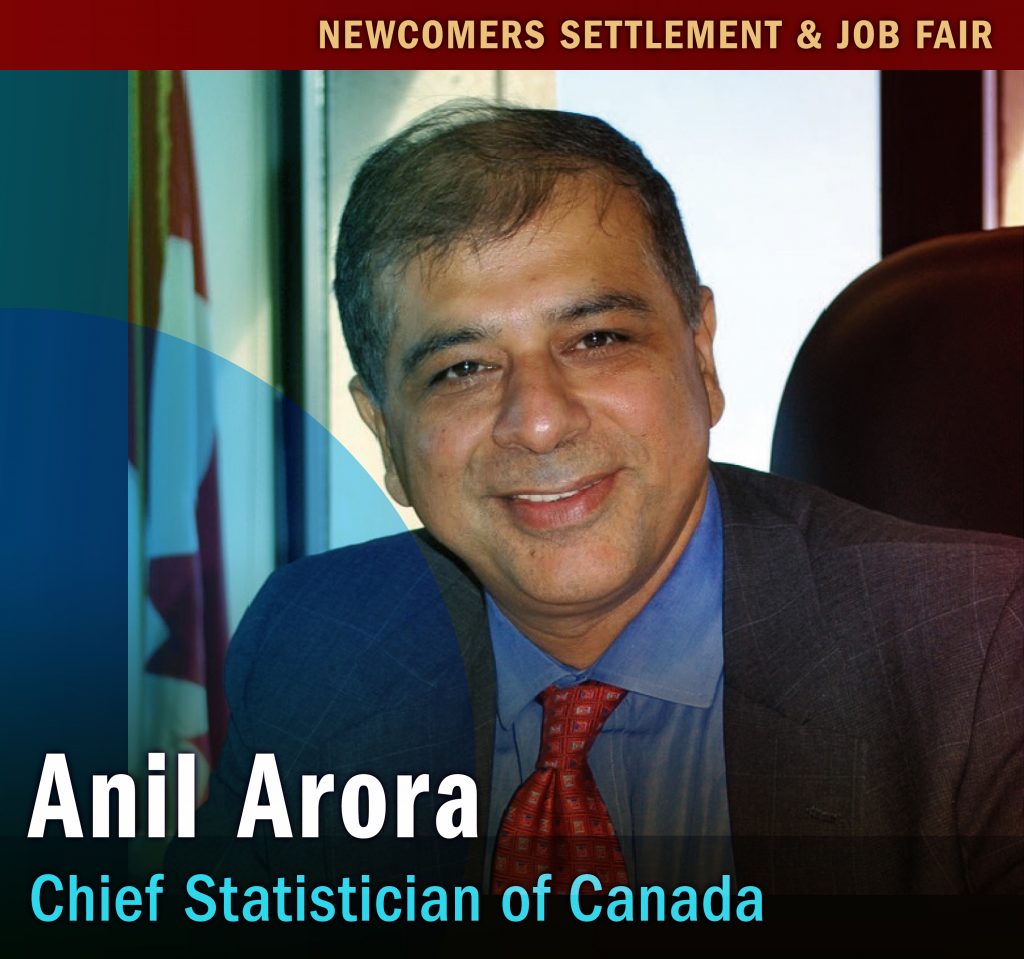 Anil Arora was appointed Chief Statistician of Canada in September 2016. Mr. Arora has led significant transformational initiatives throughout his career, with experience and partnerships spanning all three levels of government, the private sector and international
organizations, including the UN and the OECD. He has led projects on high-profile policy issues, legislative and regulatory reform, and overseen large national programs.

In 1988, Mr. Arora joined Statistics Canada where he served in several positions, including regional operations, corporate services and the redesign of the dissemination function. In 2000, he became Director of Census Management Office and subsequently the Director General responsible for all aspects of the 2006 Census. In this role, Mr. Arora led the most comprehensive redesign of the Program, including the introduction of an online questionnaire.

Following the successful delivery of the 2006 Census he became the Assistant Chief Statistician of Social, Health and Labour Statistics from 2008 to 2010. In 2009, Mr. Arora received the prestigious APEX Leadership Award in recognition of his exceptional leadership skills and management excellence. In 2010, Mr. Arora joined Natural Resources Canada as Assistant Deputy Minister of the Minerals and Metals Sector, and in 2013 was appointed Assistant Deputy Minister of Science and Policy Integration. He moved to Health Canada in 2014, becoming Assistant Deputy Minister of Health Products and Food Branch and leading a complex organization overseeing regulation of food, drug and health products for Canada. He also served as chair of the International Coalition of Medicines Regulatory Authorities.

Mr. Arora attended the University of Alberta, where he earned a Bachelor of Science, followed by further education in computing science and management, including a graduate certificate in Advanced Public Sector Management at the University of Ottawa, and the Advanced Leadership Program at the Canada School of Public Service.